I am a Potterhead, so when I read the Harry Potter Tag by Somdyuti on lifestyle blog One Tiny Wish I had to give it a go. My Instagram followers will have saw that I got the entire HP book collection for my birthday, currently I’m in the process of reliving the magic in The Chamber of Secrets. I can’t really remember when my Harry Potter obsession started, I think it was after the first film had been released back in 2001. Hogwarts was a place straight out of my dreams, and that music still gives me goosebumps every time I hear it, it was the soundtrack to my childhood.

1. What is your favourite book?
So we’re starting off with a tricky one. I have to go with The Philosopher’s Stone; it introduced me to the world of Muggles and Wizards, it was where my obsession began, what made me daydream of golden snitches and made me fall in love with characters that I would grow up with in years to come. It’s where the magic began for me and for million of children and adults around the world and for that it’ll be a book I never tire of picking up and losing myself in. 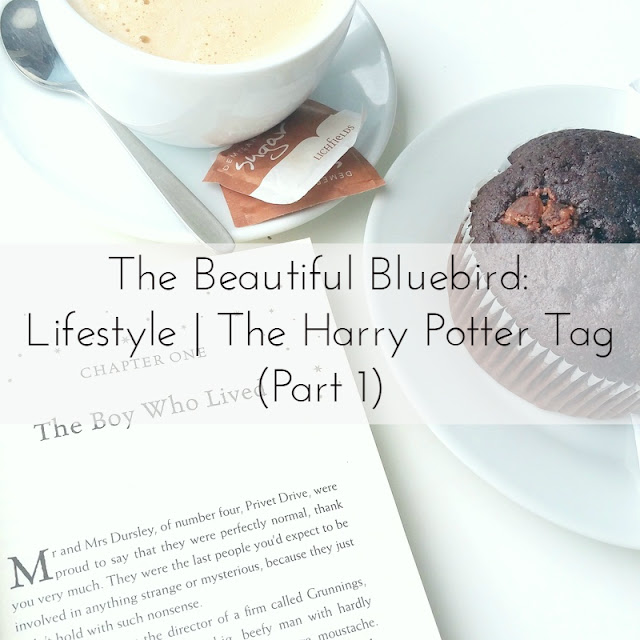 2. What is your favourite film?
The Prisoner of Azkaban. It’s where the series began to get darker. This and the Philosopher’s Stone are the only two cases where I hadn’t read the books before seeing the film, so the final scene in the Shrieking Shack blew me away. Seriously did not see that coming. One of the most thrilling moments in my movie life.

3. What is your least favourite book?
Although it was a long time ago I remember struggling with The Order of the Phoenix, partly because Umbridge infuriated me so, although this question is like asking me what my least favourite chocolate bar is.
4. What is your least favourite film?
In my opinion, there are no bad Harry Potter films, I loved each and every one of them. Deathly Hallows Part One was obviously a lot slower than the rest as it was setting us up for the big finale so I’d have to say that one.

5. Parts of the books/films that made you cry?
We could be here all day, I’m a proper crybaby.
Snape’s confession…”Always.”
The death of a Weasley.
When Cedric’s dad cries as he holds his son in his arm.
Dumbledore’s demise.
Lupin and Tonk’s hands lying beside one another unable to touch.
Sirius’s empty promise to give Harry the home he had always wanted.

And reading this article made me cry all over again (29 Times Tumblr Made Harry Potter Fans Cry).

6. If you could hook up with any character, who would it be?
Sirius! I mean… I’m not answering that. *awkward silence*

7. Who is your favourite character?

I love Bellatrix. Helena Bonham Carter was spectacular as the deranged and loyal servant of Lord Voldemort. She plays crazy magnificently. Luna is also one of my favourites, I relate to her the most, that says all you need to know about me.

8. Who is your least favourite character?
I really don’t like ‘movie’ Ginny. I’ve always felt she’s always been a bit of a drip. I don’t think we ever got to really see her real personality shine through. One day she was like Harry’s little sister, next day she’s crazy in love with him.

9. What is your favourite quote?
“It does not do to dwell on dreams and forget to live”

10. What is your least favourite quote?
“Neville Longbottom, isn’t it? How’s mum and dad?”, I love Bellatrix but god she was such a bitch.

11. What would your Patronus be?
I love foxes so I’ll go for that. I got Luna’s hare in this Buzzfeed quiz.

12. What would your Boggart be?
A snake. It’s safe to say The Chamber of Secrets was not easy for me to watch.

I hope you enjoyed the first 12 questions. Part two will be coming shortly. I tag all fellow Potterheads and bookworms. Leave me a comment if you get a chance to answer I’d love to read your answers. Don’t forget to follow The Beautiful Bluebird on bloglovin.