This is the first post I’ve written about my adventures in Florida. To say we had a magical time is a bit of a cliche but it’s also incredibly accurate. I had already been to Universal Studios on family holidays years ago, because of this I had already been on most of the rides at the theme parks and seen the majority of the shows. What I was most excited to do was visit the new Wizarding World of Harry Potter at Universal Studios. 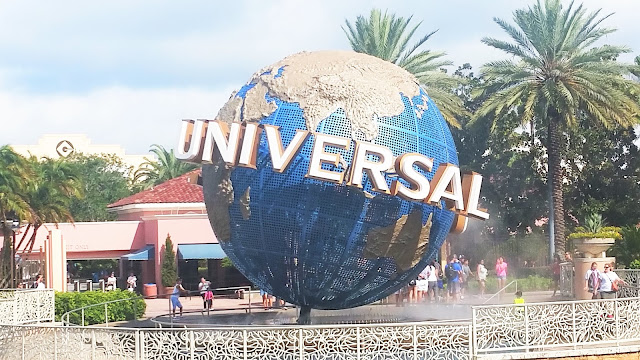 As soon as we made our way through the bustling gates we headed straight for Diagon Alley. We purchased our tickets back home with Attraction Tickets Direct to avoid queuing times and to help us manage our money more effectively. It was so simple and easy to order them online – I really recommend this website! The tickets were delivered within days and we also got a dining experience and magic show included free of charge! Anyway, we flew past The Mummy Ride, The Blues Brother Show and The Beetle Juice Revival Show which we would return to later. As we turned the corner (across from where The Jaws ride used to be) we were greeted by the Knight Bus complete with a Stan Shunpike look-a-like posing for photos, a life-sized replica of Grimmauld Place, Screed & Sons, King Cross Station (where we would later go to board the Hogwarts Express) and the entrance to Diagon Alley. 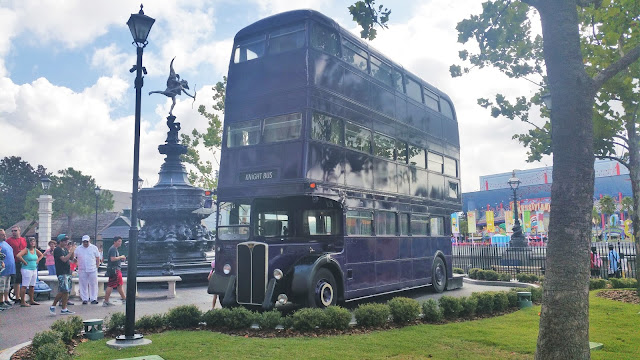 “Welcome to the Knight Bus, emergency transport for the stranded witch or wizard. My name is Stan Shunpike and I will be your conductor this evening.” 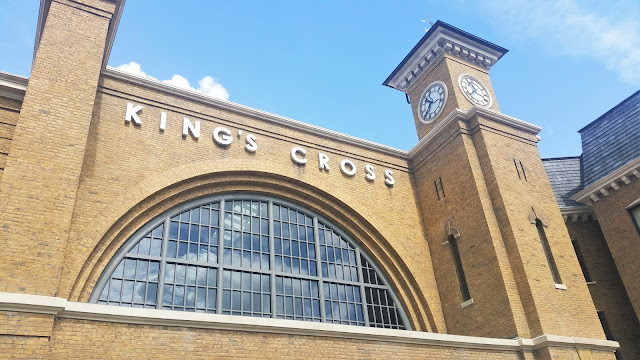 “They reached King’s Cross at half past ten. Uncle Vernon dumped Harry’s trunk on a trolley and wheeled it into the station for him. Harry had thought this strangely kind until Uncle Vernon stopped dead, facing the platforms with a nasty grin on his face…” 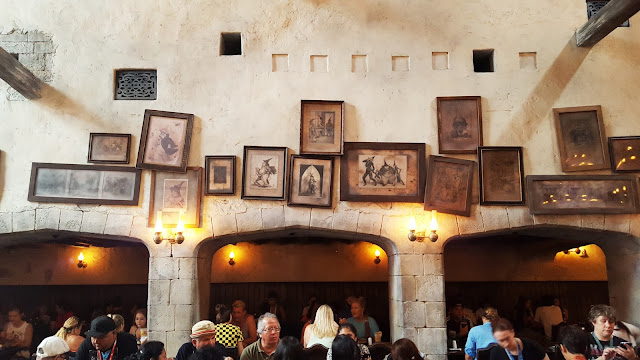 Our first stop was to the Leaky Cauldron for a bite to eat. We were shown to our seats by a kindly old wizard (would you really expect anything else?) and sat ‘ooooing’ and ‘awwwing’ at the attention to detail put into our surroundings. It was like stepping into a place we had dreamed of many times as children. I couldn’t help but picture an oblivious Harry being warned not to chase after Sirius Black by Mr Weasly underneath the beams. 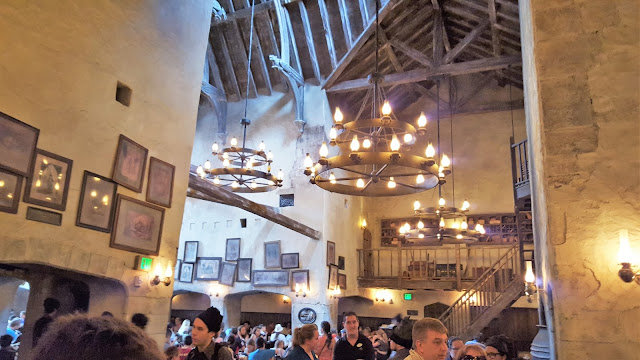 “For a famous place, it was very dark and shabby. A few old women were sitting in a corner, drinking tiny glasses of sherry. One of them was smoking a long pipe. A little man in a top hat was talking to the old barman, who was quite bald and looked like a gummy walnut.” 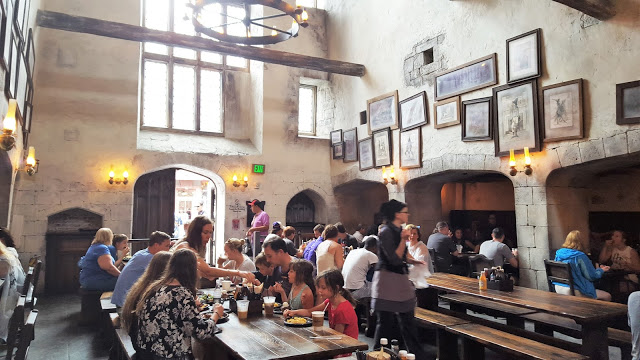 “It was a tiny, grubby-looking pub. If Hagrid hadn’t pointed it out, Harry wouldn’t have noticed it was there.” 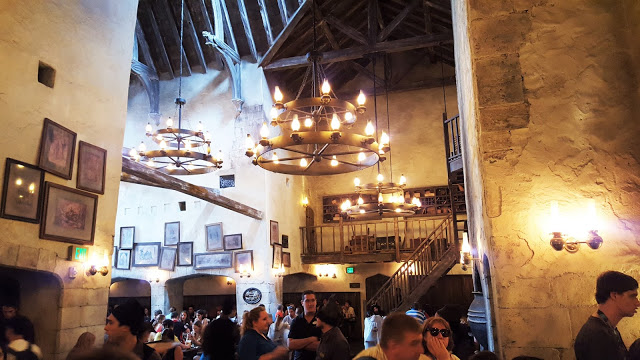 ‘He tapped the wall three times with the point of his umbrella. The brick quivered – it wriggled – in the middle a small hole appeared – it grew wider and wider – a second later they were facing an archway… “Welcome”, said Hagrid, “to Diagon Alley”.’ 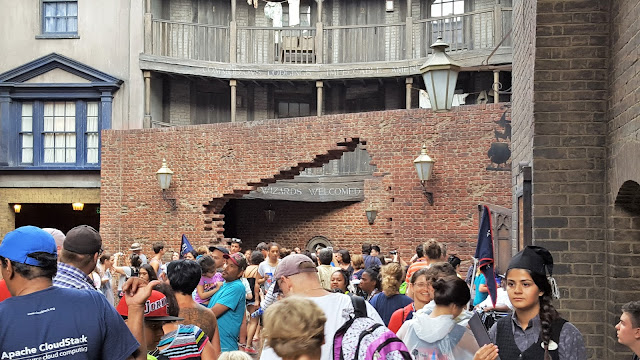 Diagon Alley itself is a narrow, twisty street full of shops including: Eeylops Owl Emporium, Flourish & Blotts, Madam Malkin’s Robes for All Occasions, Weasleys’ Wizard Wheezes, Magical Menagerie, Wands by Gregorovitch and Ollivanders. Dark Wizards could also venture off to Knockturn Alley and visit Borgin & Burkes, if they’re after something slightly more sinister. Gringotts sits proudly at the highest point of the street, with a magnificent fire breathing dragon perched on top of it’s beautiful glass ceiling. This is where the 3D spectacular Harry Potter and the Escape from Gringotts attraction can be found. 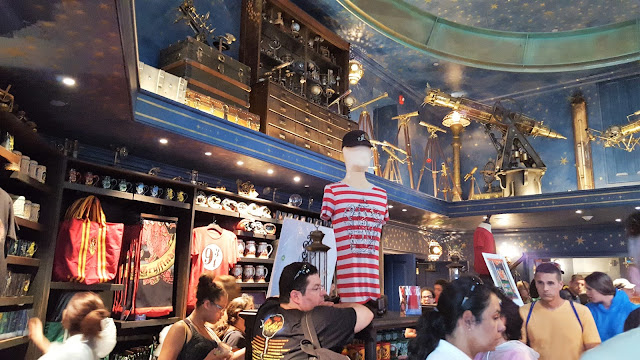 “Harry wished he had about eight more eyes. He turned his head in every direction as they walked up the street, trying to look at everything at once: the shops, the things outside them, the people doing their shopping.” 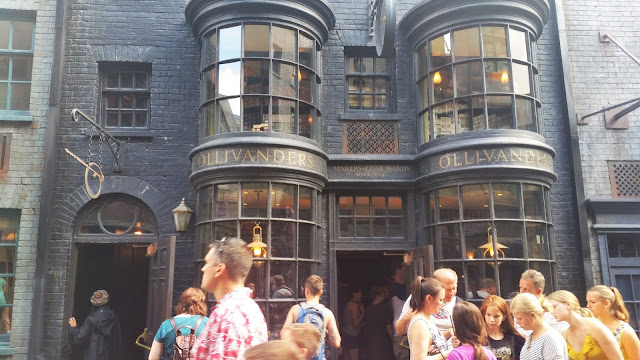 “Harry felt strangely as though he had entered a very strict library; he swallowed a lot of new questions which had just occurred to him and looked instead at the thousands of narrow boxes piled neatly right up to the ceiling. For some reason, the back of his neck prickled. The very dust and silence in here seemed to tingle with some secret magic.” 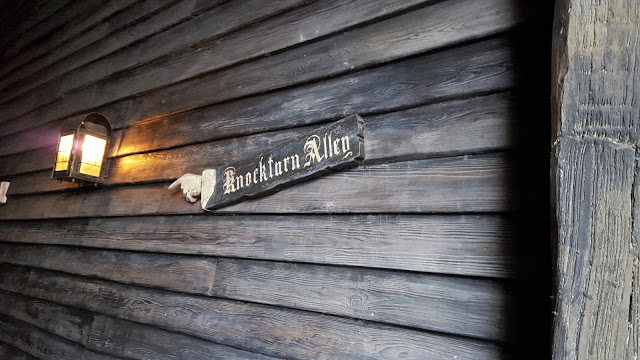 “Skulkin’ around Knockturn Alley, I dunno – dodgy place, Harry – don’ want no one ter see yeh down there” 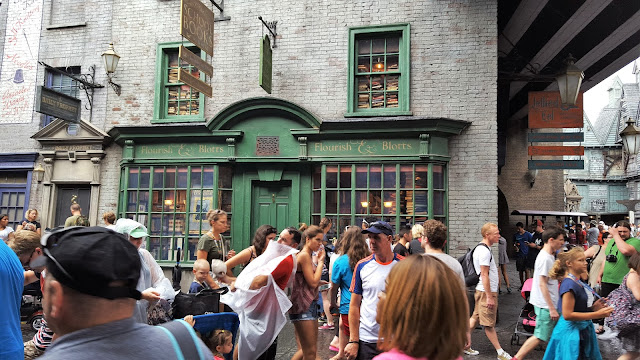 “There were shops selling robes, shops selling telescopes and strange silver instruments Harry had never seen before, windows stacked with barrels of bat spleens and eels’ eyes, tottering piles of spell books, quills and rolls of parchment, potion bottles, globes of the moon…” 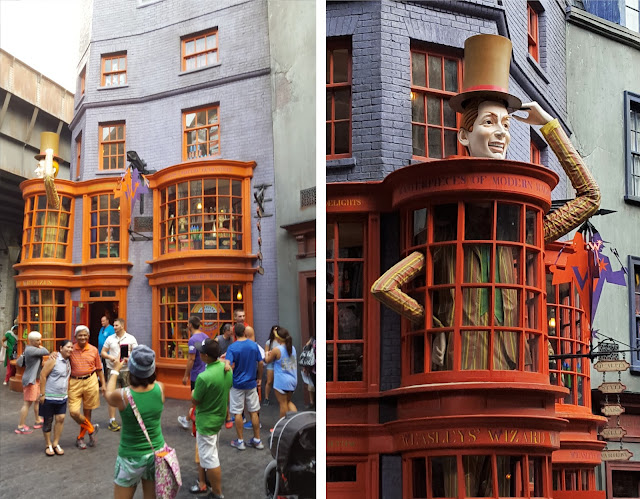 “Fred looked around at the assembled students, and at the silent, watchful crowd. ‘If anyone fancies buying a Portable Swamp, as demonstrated upstairs, come to number ninety-three, Diagon Alley — Weasleys’ Wizard Wheezes,’ he said in a loud voice, ‘Our new premises!'” 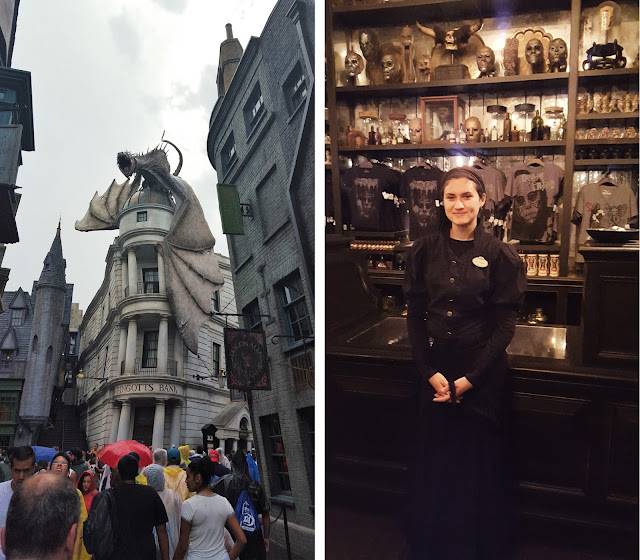 As I said before, the attention to detail in Diagon Alley is incredible! To the window displays (the girl throwing up in a bucket of Puking Pastilles in Weasleys’ Wizard Wheezes was my favourite), the souvenirs (including: wands, Sneakoscopes, Peruvian Instant Darkness Powder and Extendable Ears), the music and the food (Wizard’s Brew, Pumpkin Juice, Chocolate Frogs, Bertie Bott’s Every Flavoured Beans and a various sweet delights at The Fountain of Fair Fortune) Diagon Alley just blew my mind! Yes, it was absolutely mobbed, but what do you expect? The attraction itself was Ross’s favourite ride in the whole of Orlando! The hour-long queue twisted and turned through the underground vaults of Gringotts, taking us through the breathtaking marble hall, decorated with elaborate crystal chandeliers and robotic Goblins and up to the highest point of the tower. The ride? Well, let’s just say I’ve never experienced 3D like this, I actually screamed as Nagini jumped out at me at one point. We actually went on it twice – single rider is definitely the way to go in Universal Studios! We cut the queue time by more than half by riding separately.

Have you visited The Wizarding World of Harry Potter at Universal Studios?

Watch out for my next Harry Potter post where I’ll be sharing with you my time at The Wizarding World of Harry Potter – Island of Adventure: Hogsmead.